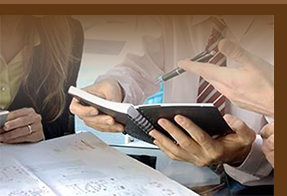 With the introduction of British Columbia's new Family Law Act in March 2013, arbitration now plays a central role in resolving family law disputes. Arbitration is borne out of the realization that a courtroom may be the worst place to resolve family law disputes. Our courts have built-in deficiencies that exacerbate family law problems including:
1.    Great expense
2.    Significant delays
3.    Uncertain expertise and
4.    No privacy

Family Law Arbitration eliminates all of these downsides and replaces them with:
1.    Reduced costs
2.    No delays
3.    Superior expertise and
4.    Complete privacy

Family Law Arbitration is a process where a third-party neutral expert receives the facts, the evidence, and the legal argument in advance, as much or as little as you agree to submit; has a unique understanding of the law; and then conducts an oral hearing to let the parties and/or their counsel make oral submissions, and  cross-examine witnesses, if they wish. The process can be tailored to meet the needs of each couple.

An arbitration agreement, signed in advance, sets out the parameters of the arbitration as agreed by the parties and the arbitrator. Often the parties wish to participate in a process called med/arb, where first a mediation is conducted, followed by arbitration for those issues not settled during the mediation.
A written decision, called an "award" is guaranteed to be delivered within 30 days.

Georgialee Lang has 26 years of experience in negotiating, mediating, litigating and resolving family law disputes, including custody and access matters, child and spousal support and complex property division cases.
She has been recognized and acknowledged as leading family law counsel in Canada by Best Lawyers in Canada, Lexpert, and Martindale Hubbell. Ms. Lang is a Fellow of the Chartered Institute of Arbitrators, United Kingdom (FCIArb), a member of the American Bar Association Alternate Dispute Resolution Group, and a founding member of the Family Law Arbitrator's Group(British Columbia. She is accredited as a family law arbitrator and mediator with the Law Society of British Columbia.

Georgialee completed the American Bar Association Arbitration Training Institute in Los Angeles in February 2011 and the Chartered Institute of Arbitrator's Fellowship training and examinations in Las Vegas in November 2011. She has also taken the Law Society's required training in Screening for Domestic Violence with Continuing Legal Education in 2013.